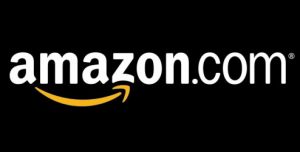 In July 1994, Jeff Bezos officially established the company that would come to be known as Amazon.com. He set up a shop in the garage of his rental house. He was raised by his mom and stepdad, a Cuban immigrant who adopted him. Jeff in addition quit a lucrative hedge fund job in 1994 with the simple idea to sell books online.

Bezos incorporated the company as “Cadabra” on July 5, 1994. He changed the name to Amazon a year later after a lawyer misheard its original name as “cadaver”. Bezos selected the name Amazon by looking through the dictionary. He settled on “Amazon”. It was a place that was “exotic and different” just as he envisioned for his Internet enterprise. The Amazon river, he noted was by far the “biggest” river in the world. He planned to make his store the biggest in the world.

The initial startup capital came from his parent’s personal savings.From an interview with Jeff Bezos, for the Academy of Achievement:

“The first initial start-up capital for Amazon.com came primarily from my parents. They invested a large fraction of their life savings in what became Amazon.com. And you know, that was a very bold and trusting thing for them to do since they didn’t know. My dad’s first question was, “What’s the Internet?” Okay. So he wasn’t making a bet on this company or this concept. He was making a bet on his son, as was my mother. So, I told them that I thought there was a 70 percent chance that they would lose their whole investment. This was a few hundred thousand dollars. They did it anyway.”

A year after the company’s incorporation, in July 1995, Amazon.com sold its first book, “Fluid Concepts & Creative Analogies: Computer Models of the Fundamental Mechanisms of Thought.” Within two months, Amazon’s sales were up to $20,000/week. Presently, Amazon has an annual revenue of $61.09 Billion.

In conclusion, Jeff Bezos advices one to be stubborn on vision while flexible on details at the same time.

“If you’re not stubborn, you’ll give up on experiments too soon. If you’re not flexible, you’ll pound your head against the wall. You as a result won’t therefore see a different solution to a problem you’re trying to solve.”